The blog team recently interviewed Quan Zhou, a Metropolia student about her experience of studying in Sungsil University in Korea. We believe the interview is informative to anybody interested in Korea and studying there.

Why did you choose Korea as the location for your student  exchange?

Before coming here I was very interested in Korea, because when I was in China there were so many things about Korea. Many kinds of products like cars, electronics, cosmetics, dramas, entertainments and even advertisements. A lot of modern products come from Korea. Television dramas are another primary reason that we know about the Korean culture, even though there are a lot of exaggeration in the dramas. Especially for Chinese people, when Korean people speak Korean, it’s so cute.

Did you have any difficulties in Korea? 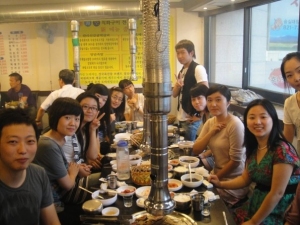 Only the language. For Chinese people, we are quite similar compared with European culture, so every product like cosmetics and skin, lotions were very fit to me. However, when I was trying to go somewhere I want to go, it was quite challenge for me because of the language. In Korea, almost all people use Korean, many kinds of guide are written in English as well, but it is still difficult. Ordering food was the most difficult thing in Korea. However, usually for exchange students very nice tutors tried to stay with tus when we were in school and hanging out is not such a difficult thing actually.

There is one story of the being alone in Jeju island. I went to Jeju alone actually. Everything was very difficult for me. Finding transportations, hotels and roads was not as easy as I expected. Luckily, I had met some groups who were travelling in the Jeju area, they were so kind that they could help and guide me very well. It was also very nice to me other people.

What was the best experience in Korea?

The most difficult thing was language, ironically, the best experience was also the language. In one of my courses in Korea, I met one student who was interested in Chinese. We were very nice to each other and eventually exchange teaching our own languages to each other. After that, we were very close, every time we went out together,  eating, enjoying music etc.

Lastly, Do you want to go to Korea again? 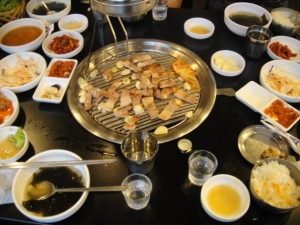 Yes, of course. In Korea, there are a lot of very nice foods, shopping stores, nice products, everyday entertainments and so on. I think Korea is very nice to visit at least one more time.

I hope you will go there again very soon. Your experiences are really helpful for others to know. Hopefully, it can help other students’ choices and thank you so much for sharing.

Thanks Quan for your views! 🙂