Kasper Nurmi (EBA12) shares what he learned while on placement for a startup in Singapore.

So, this story begins in Rennes, France in the beginning of 2016. It was a cold but sunny day, and I felt fed up with my studies, specifically courses in my area of specialisation, finance. After the initial excitement that has to do with money and analysing companies and such, the motivation had faded and I was looking for something else. I had decided to apply for a placement outside of Europe and outside of finance.

After quickly researching, I came to the conclusion that marketing was something I wanted to try out since a) there are A LOT of internships offered in the field b) it was something completely else and c) I’ve always been into people and marketing seemed to be exclusively deal with people.

I applied for a multitude of positions, all of them at startups in Singapore. I knew I didn’t want to work for a big corporation and the choices after that in Singapore are pretty slim, since the country heavily relies on big international banks and the financial sector as the cornerstone of the economy. So apply I did and finally got an interview in March, with a company called Kashmi.

The core product that I was later tasked with to market consists of a mobile payment platform that facilitates digital transfers of money between people. In other words, you can send money with your phone super easily. The idea seemed good and I liked the overall feeling I got from the company and interview, so I decided to take the opportunity.

I won’t bore you with the details of my work days or responsibilities too much since they were fairly basic in the realm of digital marketing: social media management, content management on the website, analysing and reporting on user engagement and user growth, analysing web traffic. However, it did get interesting once we started developing the expanded version of the application, venturing into digital banking and becoming a fully fledged mobile bank. It allowed me to expand my scope of work and explore leading a redesign team and be heavily involved in the process from the beginning. I got to test ideas, create new features and in general impact on the future of the platform and company.

The things I do want to talk about is what I learned in the six months working for a startup. This will serve as a reflection for myself on the time I spent with the company as well as potential advice for anyone looking to work for a small company/startup in the future, but especially during their internship. Here goes!

I can’t stress this enough, even though it’s really become a cliché by now. But it’s a cliché for a reason. The team that you work with and the people in general working for the company are the most important aspect and biggest determinant of success for any organisation. And people need to communicate, even overshare their thoughts, doubts, ideas and concerns. Especially with a small team where everybody’s individual input has a lot of impact, you need to be able to trust and feel respected and valued by your co-workers. Issues should be voiced, discussed and hopefully resolved as quickly as they arise. While the clash of ideas and opinions is normal in any group of diverse people, it should not impair the team’s ability to perform. Critique and honesty are and should be valued, as long as it’s substantiated and doesn’t become personal. Which brings me to my next point.

When working with a small team, there is a lot of pressure to perform. And with a startup, as the team is venturing into uncharted territory, a lot of the time you have to figure things out as you go. There’s no manual or 10 step process to follow, you just have to try and see what works. As there aren’t established norms of how to deal with a given situation, everyone should be encouraged to chime in and voice their opinions, even if it leads to disagreements or arguments. This will the test the soundness and validity of ideas and separate the good ones from the bad. Learn to appreciate being challenged and get comfortable defending your point of view. But don’t get attached to an idea when a better one comes along. Learn to let go.

Speaking your honest opinion is never a bad choice. While it might not be comfortable at first and seem like the easier way in order to keep things moving along (nobody wants to put up a constant struggle all the time, it’s exhausting and might feel like a waste of time. Trust me, it isn’t), the price you pay for keeping quiet will come back to haunt you further down the line.

3. Trust in your co-workers

Nothing is more important to ensure a safe, stable and stress free working environment than trust. As most of the work is done independently and without much oversight, you have to be able to trust that the other people are trying just as hard as you are. Sure, it takes time and you have to be emotionally invested in your work, which might seem scary to some who are used to ‘just go to work’ and ‘leave their personality at the doorstep’, but it’s worth it. You get more done, you enjoy your work more and appreciate your peers as people with feelings and motivations and values and ideas, not just teammates or co-workers. It really is rewarding, not to mention that it’s easier to work with friends than with strangers. 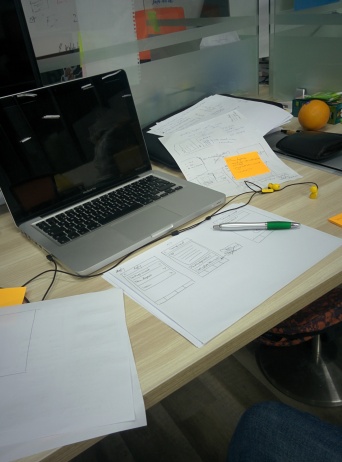 This is a tough argument to make. On the one hand, there are always going to be tasks and duties that you don’t enjoy as much as others. Opening up Excel for the 17th time the same day to run, analyse, sort and visualise seemingly meaningless data that won’t be used anyway isn’t really that enjoyable. But then again, it makes you appreciate the good stuff even more. I loved working on the redesign of the app, coming up with ideas, discussing specific features and to tap into all the different creative part of my knowledge that I have to create something from nothing. I loved it. But it wouldn’t have been the same, if I was only doing that.

On the other hand, if waking up in the morning is your most hated part of the day and it only eases as you leave for work, if the time between 16.00 and 17.00 seems like an eternity every single day, you might want to ask yourself if it’s really worth it. I know, this is not an easy thing to do, especially with an internship as the process requires the school to be involved in your employment as well, but then again, are you really willing to spend 4 more months with this company working in the same boring and unrewarding stuff?

In the end, working for a startup ruined big companies for me but in a good way (if that’s possible). I can’t imagine working without immediate access to my bosses, co-workers and having to go through the process of setting up meeting weeks in advance, waiting on reports from different functions and especially having to deal with office politics. That’s just not for me.

So if you’re looking for a challenging, interesting, ever-changing, at times chaotic experience that will really help you grow as an employee but for me most as a person, I say go for it. Find a company that is doing something you believe in (real ly important, since without passion the uncertainty can be tough to put up with) and go change the world! They need you, we need you. 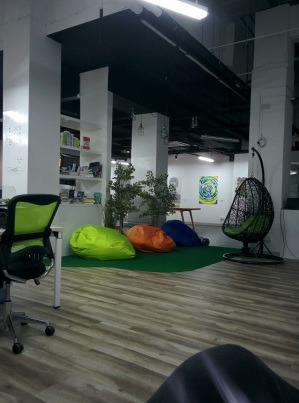